My beautiful wife, the love of my life, turns thirty today. She may not be extremely happy about me sharing the fact publicly. On the other hand, it’s hardly a secret. But the way I look at it, it’s a good thing. Here’s why:

Life doesn’t end at thirty. No, seriously. I was happy in my teens, even happier in my twenties, and am no less happy in my thirties. Sure, life is different, but no less abundantly blessed. I will do my best to make this feeling contagious.

The best is yet to come. Jesus began his ministry at thirty. Sure, Mark Zuckerberg was a billionaire at twenty-three, but for most people life has just started at that point. I for one am positive that even greater things are in store for Katrine in the coming years, and quite convinced that she will carry her newly entered decade gracefully.

Time draws us closer. Katrine is now 30 years old, and I have known her for roughly a third of those. Out of that, we have been together for five years and seven months, or 18.6 percent of her life. The good thing is, that as time goes by, that number will only increase. Purely by math, we are becoming a greater part of each other’s lives by the day. If it were possible, I would love to reach 100%, but even so every increase is cause for celebration.

Bottom line is, the girl I fell in love with seven years ago is gradually becoming more and more woman, but certainly no less lovely for that. Today may mark the turning of a corner, but the road ahead is long and interesting. Happy Birthday!

Paper anniversaries are not really that impressive. The least among a grand list of traditional wedding anniversaries, the first stands out mainly for its simplicity. This makes sense, since the first year of a marriage is filled with many things, including the expenses of settling into a new home. This has certainly been the case for us. But the first anniversary is still special, for that simple case that it’s the first. And firsts are always special. Today we celebrate the passing of the first year of our first marriage, being hopefully our only marriage, but the first of many anniversaries.

And it has been a good year. We have grown together, enjoyed our life, and seen ups and downs. Is ours a perfect marriage? Hardly. But whose is? The point is, we’re in this for the long haul, and first year has been pretty good. We still love each other. And on this day, I’m still saying yes, as I did one year ago.

Although many things have happened since, we still cherish the memories of our wedding day last year. And these last days I have begun uploading – finally – a selection of pictures from the wedding. The last ones will follow shortly.

Why the delay, you may ask? Well first of all, it took time to get the pictures. Our hired photographer for the day, while very skilful in taking pictures, didn’t actually deliver them until four months later. By that time, we had lost momentum – we were caught up in buying furniture, working, and studying, and wedding stuff was not high on the agenda. Eventually I got around to collecting pictures from many different sources, and sorting, tagging and rating them. This took time, and only now a selection was ready for upload. And I guess the anniversary is a suitable occasion for actually putting them online.

You, my readers, may not be that interested anymore. The season is about to begin, and new weddings will fill the radar shortly. But I hope you will take a look at the pictures, thereby reliving the day and celebrating our anniversary with us.

Summer is drawing to an end. As always, there’s been lots of weddings, not the least my own. And weddings are, like almost no other occasions, an opportunity to talk up someone (usually the bride, secondly the groom). There is no end to all the good deeds, traits, looks, experiences, or karma of the main person of the day. Nobody wanting come short, everyone tries to surpass each other in sucking up to… ahem, celebrating that particular couple. Which is all fine and well… if it were all true, that is.

The sad fact is, that while we may be happy on our wedding day, we are no more perfect than the day before. We still have our bad habits, our bad manners, our bad tempers, our bad hair days, and our bad breath. We honestly don’t believe all those compliments given in the mood of celebration.

Depending on how close we feel to the person of honour, we may choose to believe some of it. After all, a certain degree of affection does usually make us see everything in a better light. If not (or if we’re just in a cynical mood), we’re filled with an urge to lift the veil on the kind words and show them for the bull that they really are.

We should be nice to people. There’s no need to flash other peoples’ faults in their face. And I’m happy that nobody did that to me at my wedding. But seriously, guys, we’re not all that great people, any of us. So why keep on pretending? Weddings can be fun, especially dressing up and eating delicious food. But to be honest, I’m glad it’s over for now. 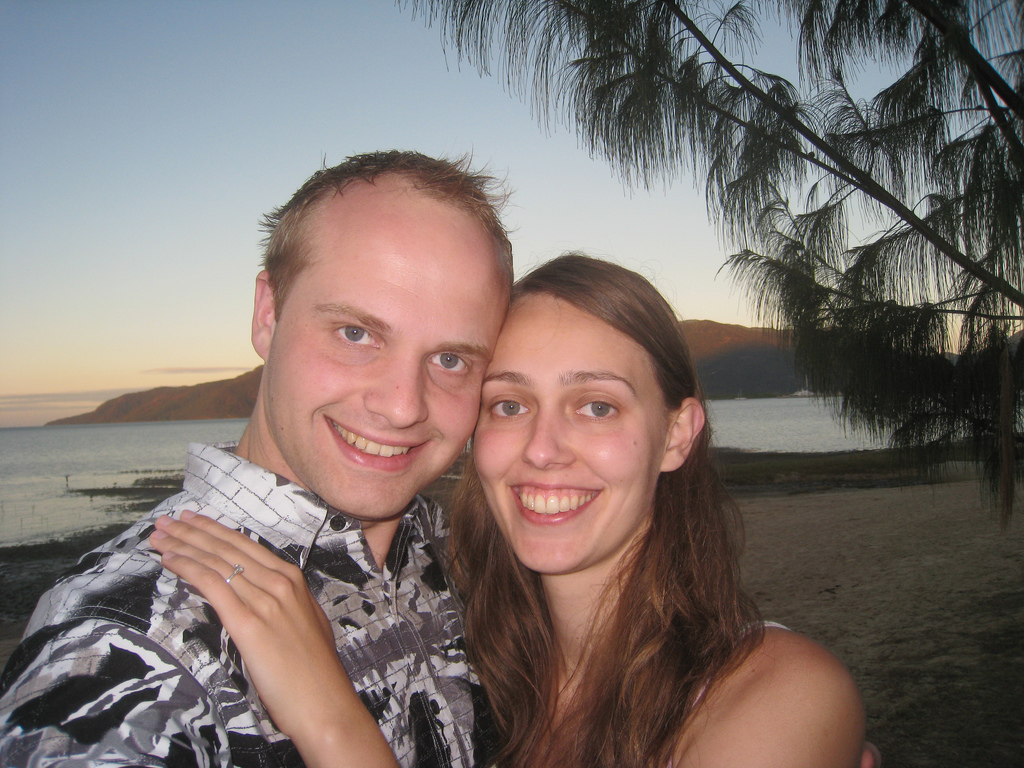 When in the course of human Events, it becomes necessary for one Person to ensure the Bands which have connected him with another, a decent Respect to the Opinions of that Special Someone requires that he should declare the causes which impel him to the Unification.

I hold these Truths to be self-evident, that Men and Women are created equal, that they are endowed by their Creator with certain unalienable Rights, that among these are Life, Liberty, and the pursuit of Happiness.

That it is not good for Man to be alone. For this reason a Man will leave his Father and Mother and be united with his Wife, and they will become One Flesh.

I, therefore, solemnly Publish and Declare, that Katrine and I are destined for each other, and that she has accepted my Request for her hand in Marriage. And for the support of this Declaration, with a firm Reliance on the Protection of the divine Providence, we mutually pledge to each other our Lives, our Fortunes, and our sacred Honor.

When I last left for Australia, in December 2006, I was breathing a sigh of relief. I was happy to go – as always, since Sydney is a great place. But furthermore I was happy to get away from it all. I was leaving behind me a seemingly unresolvable situation. I was in love, and she knew it, and she didn’t envision any future for us. I was crushed, and I clearly remember being moved to tears while watching “Sleepless in Seattle” somewhere over the Timor Sea. The trip proved a good respite from all that, and I thoroughly enjoyed being able to leave it behind me for a while.

Oh, how the tables have turned.

Katrine is now my girlfriend and has been for seven months. So when I leave for Australia today, the emotions are somewhat similar, but also altogether different. This time, it’s not great to get away from her; it’s sad that I won’t see her again until July when she joins me down under. My tears are not for the fact that she doesn’t love me back; they’re for the fact that she does, and that we’re going to be apart for too long. I am filled with the sorrows of saying goodbye, but also with the joys of having found true love. I am looking forward not to returning to Europe in 2009, but to experiencing Australia together for an extended period of time.

I post this from Copenhagen Airport, while waiting to board my Thai Airways flight to Bangkok. This is it. I’m going. An old song comes to mind… an Australian one, incidentally:

Don’t ask me what you know is true
Don’t have to tell you, I love your precious heart

I was standing, you were there
Two worlds collided
And they could never tear us apart

We could live for a thousand years
If I hurt you, I’d make wine from your tears
I told you that we could fly
‘Cause we all have wings
But some of us don’t know why

I was standing, you were there
Two worlds collided
And they could never tear us apart 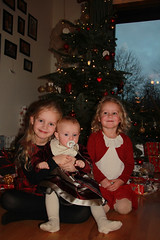 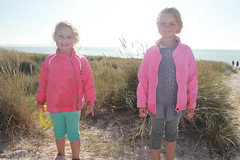